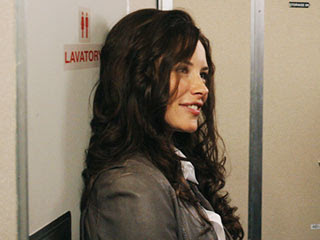 Hope you guys are surviving out there. This historic snow has shut most of us in for the longest time. Thank God we had a brand new episode of LOST last night to take our minds off the weather.

I have to be honest, I have never been a big fan of Kate on LOST, I always thought the performance from Evangeline Lilly was sort of one dimensional, but boy did she change my thinking about her acting. I thought this was a fantastic Kate-centric episode. Some very interesting developments with Kate and Sayiid. What was all that about Jack's sister? Hmm...read on my LOSTIES!

- Miss the small little clues from last night's episode. Don't fear, check out the easter eggs from What Kate Does.
Easter eggs

- LOST Untangled video recap of What Kate Does
Video review

There you have it, quick but full of news. Definitely check out the easter eggs and see if you picked up on those small tidbits! Catch you next week!
Posted by Tha Darksibe Vibe! at 6:01 PM 27 comments: 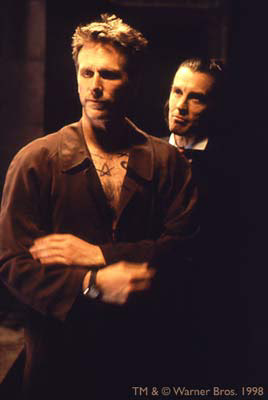 Every so often, a television show is produced that just changes the way you think what real television is all about. For me, that show was Brimstone. Created by the talented duo Ethan Reiff and Cyrus Voris, Brimstone aired on the FOX network from October 1998 to February of 1999. As you can see, the show didn't last long, 13 episodes to be exact, but what a tremendous 13 episodes they were.
After the cancellation, I joined a campaign to bring the show back to network television. Although the campaign didn't get new episodes produced, we did get the SyFy Channel to show the already aired 13 episodes of the show. During the campaign, I never actually had the chance to speak with Ethan or Cyrus, but that has all changed. They were kind enough to sit down with me for a chat about Brimstone. I think this is the first time in years they have sat down to talk about Brimstone. I can't thank them enough for talking with me about Brimstone and what impact the show had on my life. The sad thing is that television shows such as Brimstone, never got the opportunity to grow and shine on network TV, but the show still lives on with thousands of fans who would love nothing more for Brimstone to come back. Brimstone was, in my opinion, is one of the top 10 shows of all time. If you haven't seen the show, I suggest you find a way to get it and watch it. You also will become and instant fan. Sit back and enjoy my conversation with Ethan & Cyrus.
**P.S. For some reason, the recording on my end wasn't cooperating with me and the sound is a bit distorted in parts, but I think it's a small price to pay to hear these outstanding gentlemen speak about Brimstone.

The Death of a King 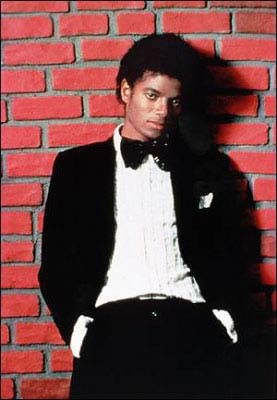 I sit here writing this blog absolutely stunned. In fact, I don't even know what to say. Michael Jackson, the King of Pop, is dead at age 50. Dead...Michael Jackson. I can't believe my fingers are typing those words. What can you say about Michael Jackson, a tremendous entertainer and at the same time a troubled man. There have been many things that have been said about Michael, some good, some bad, but one thing that can be said is that Michael Jackson was a legend. Wow, it seems so surreal that I sad he was a legend.
During his illustrious music career, Michael Jackson had entertained and thrilled millions and millions of people all over the world. He was the consummate performer. No one could touch him when it came to performing on stage. When the Jackson 5 first auditioned for Berry Gordy and Motown representatives..

Right there Berry Gordy knew he had something special in Michael Jackson. A bit of Little Richard, a bit of James Brown all rolled up into one small 8 year old package. Now, I don't know all the truth about what happened with Michael during his childhood, we have all heard the stories, but I am sure it had to be a hard and stressful time to be such a shy kid and thrust into the spotlight like he was. One thing he always had was his music.

I am not here to pass judgement on Michael when it comes to the charges and allegations levied against him over the years. I am not here to decide guilt or innocence, I am simply hear to say the we have lost probably the greatest entertainer in our history. It is a very, very sad day. What do you say when you get blindsided by something like this? All I can say is we all have our memories of Michael and his music. Many of his songs remind me of specific times in my life. Anytime I heard a Michael song, you can bet your ass I would be on the dance floor dancing like there was no tomorrow.

I am sure all of us at one time or another in our lives have tried to dance like Michael Jackson. The moonwalk, the leg kick, the scream We have all probably dressed like Michael Jackson, the glitter glove, the red thriller jacket. That shows you what kind of impact this man had on pop culture and what he meant to the world. Once the man took the stage at the Motown 25 special in the early 80's and first showed off the moonwalk, he had the world in the palms of his hands. Can you think of anyone else who has come close? It is just astonishing to me that the man who created the masterpiece Thriller 25 years ago is now dead. An album that is still the best selling album of all time, 50 million copies at last count.

I don't know what else to say. My thoughts and prayers go out to the entire Jackson family. The world has lost a great entertainer...simple as that. Rest in peace Michael Jackson.

The King is Dead..

Check out the new BacktoFrankBlack podcast!!

2) You can download an enhnaced podcast which includes rare images

BacktoFrankBlack website
Posted by Tha Darksibe Vibe! at 6:34 AM 278 comments: 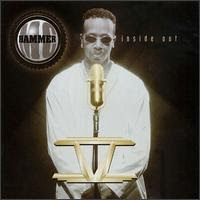 Posted by Tha Darksibe Vibe! at 5:12 PM No comments:

This is a very special episode of Tha Darkside Vibe. I have an exclusive interview with one of the people behind the campaign to bring Millennium back to life. James McLean was kind enough to take time out and talk with me about all things Millennium. We discuss, the show itself, the fandom, thoughts about favorite episodes and seasons and where he thinks this campaign is going. Sit back an enjoy 45 minutes of nothing but Millennium!

Click the above picture to go directly to information about the book signing with Frank Spotniz and Chris Carter in LA next week!

Here you can find the latest information, where to send your letters and much, much more

This Is Who We Are forums

A great place to meet and talk with Millennium fans. Get the latest scoops, fan fiction and downloads. If your new to Millennium, this should be one of your first stops.

Remember, we are the ones who can make enough noise to bring back Millennium. Please do your part and help support the campaign. Thank you.
Posted by Tha Darksibe Vibe! at 2:50 PM No comments:

In Memory of Lamya 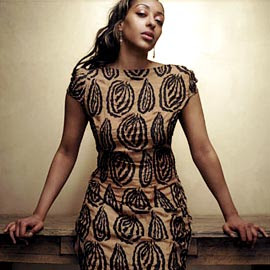 It is with deep regret that I pass on the information that I found out just today. Singer Lamya has passed away from a heart attack on January 9th 2009. Here is the statement from her official myspace page:

It is with deepest regret to have to inform you all that Lamya has passed away on the 8th of January 2009 in her home town Oman. She died of a heart attack. This has come as a great shock to all of her family and dear friends as I am sure it is to YOU her fans. We will dearly miss her and may God rest her soul.

The reason I am writing this blog is that I had the distinct honor of meeting her and seeing her perform live. I first became aware of Lamya when watching MTV and they were doing a segment on artists to watch. Lamya was one of the artists that was spotlighted and I instantly fell in love with her voice. After going to her website and listening to her album, I went out and purchased it. Needless to say, it was an amazing album. Her voice was a true instrument and anyone who listened knew it.

I found out that she was going to be performing in Arlington, Virginia at a spot called Iota. It's a local venue that has all kinds of live acts perform there. I was able to get to the club after work with some friend of mine for happy hour. During which Lamya and her band began to do a sound check for the show. I went inside to listen to the sound check. There were about 20 people in the bar at the time and none were really paying attention, except for me and another female. During the sound check, I was able to talk with her road manager who introduced me to her. She was so nice. Talked to me for about 10 minutes and signed my cd for me. I then stayed for her show and was blown away. Hearing her sing live was absolutely amazing. Her set lasted for about an hour and 20 minutes. After it was over, the road manager came over to me and asked did I want to come over and talk with them. He went to their tour bus and gave me a promotional video and some other items. Lamya continued to talk with me and also signed a poster for me. I was actually invited to hangout with the band. The all were very personable and were happy to converse with their fans.

If you have not picked up the only album she released, I suggest you do and listen to a true artist. The name of the album is Learning to Fall.

So, it comes as a complete shock to me to find out that she has passed away. My sympathies go out to her family and friends. You will be missed Lamya.

Posted by Tha Darksibe Vibe! at 4:30 PM No comments: