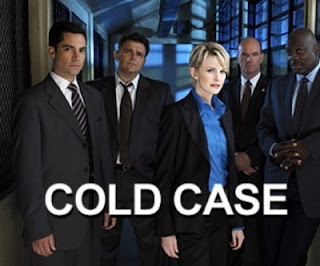 Usually when I talk about a television show, it's about the show in general and an overall opinion of why I like the show and why you the reader should watch it. This time is going to be a bit different, I am going to talk about a particular episode of a television show.
First let me say that I am not going to give the episode away and will include a link to where you can go watch the episode. Obviously, the television show is Cold Case. An amazing show I just recently started to watch this season. So, in order to get caught up with the show from the beginning, I started watching the episodes from Season 1. Right now it's in it's sixth season, so some of the back stories I am not familiar with which is why I am going back to the beginning. Well today, I watched an amazing episode called Fly Away. The basic plot of the show is this:
The case of a young woman who was thrown from a second story window. Putting her in a coma and killing her daughter is reopened.
Let's just say that I am not a big emotional person when it comes to watching television, but this episode just tugged at my heart. The acting was amazing and the story just tore me up inside. I ask you to watch the episode and leave a comment. Let me know what you think and if you had the same reaction as I did.